Fire bending involves assembling unbent staves into a tepee shape using iron rings to hold the staves in place. The unbent staves are placed over a fire pot fueled with oak pieces and then heated for approximately 20 minutes which softens the fibers, allowing the staves to be bent into shape. Then the barrels are toasted over oak fires for 45 minutes.

Water bent barrels are made by placing a complete set of staves in water heated to 180°C. After 30 minutes they are quickly removed and assembled into the shape of a barrel. The barrel is then toasted for a full 45 minutes.

To bend staves using dry heat tunnels, a barrel is raised and then heated in two tunnels heated with oak fires. After heating in the first tunnel, pressure is applied to the open end, and the staves are pulled together by a windlass machine. To set the bend in the staves, the barrels pass through a second dry fire tunnel. Then the barrels are toasted over oak fires for 45 minutes.

At our last Symposium we compared Chardonnay made in barrels built with water, fire and dry heat bent staves. The results showed a clear preference for fire bent staves. The findings were not as decisive when water and dry heat tunnel bending were compared. To investigate this area of coopering further we joined with Sebastiani Vineyards, Benziger Family Winery and Rodney Strong Vineyards to include white and red wine varieties.

The Benziger Family Winery crushed Chardonnay grapes from Bryton Vineyards, Carneros on September 11, 1997. Prior to fermenting, they added 1 lb/1000 gal Bentonite, 1/2 lb/1000 gal DAP, 1/2 lb/1000 gal Nutrex. The juice was fermented with Cote de Blanc yeast, 1.5 lbs/1000 gal and fermentation lasted 25 days. During fermentation 1 lb/1000 gal DAP was added. At the end of fermentation 45 ppm KMBS was added. American oak seasoned for 24 months was made into barrels either with staves bent with open fires or a heated tunnel. There were 6 barrels in each set. Their toast level was medium. Wine was oak matured for 6 months.

Rodney Strong crushed Pinot Noir grapes from the Estate River East Vineyard, Sonoma County on September 12, 1997. They added 30 ppm SO2 and 0.15 tartaric acid at the crusher. Two days after crushing 1 ounce Color Pro Enzymes was added. The juice was cold soaked for 3 days, then fermented in a 4,000 gallon closed top stainless steel tank for 5 days. The yeast used was RC212 Lalvin. Temperatures started at 55°F and peaked at 85-90°F. The wine was pumped over 6-7 days, 3 times per day for 1 hour. A sprinkling device was used. French oak was made into staves then bent into barrels by using fire, hot water and heat tunnels. Six barrels of each type were made. The toast level was medium. 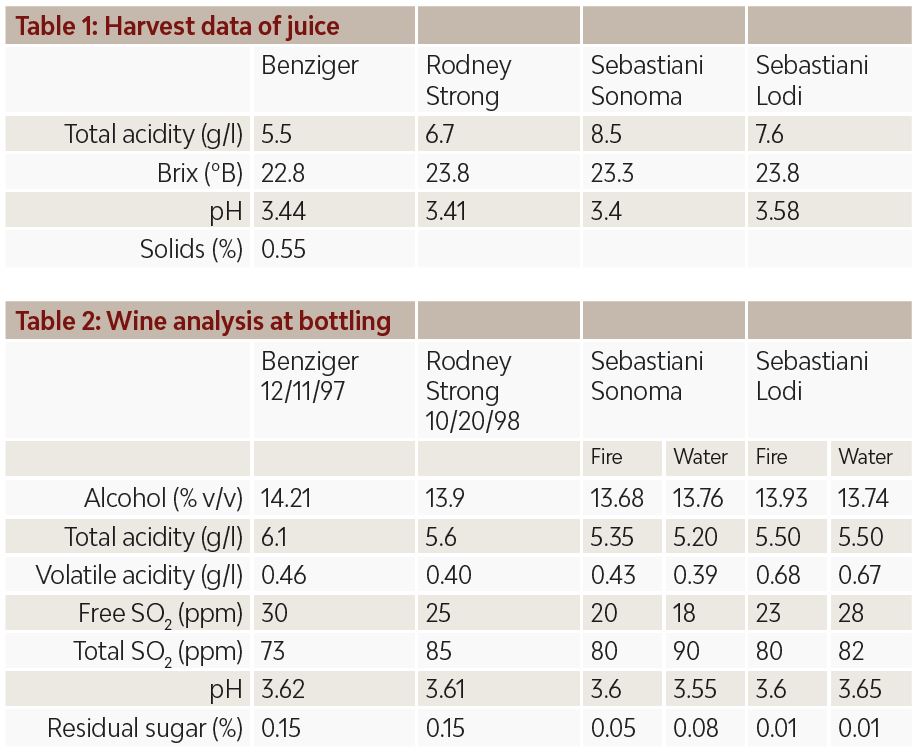 A composite sample of Benziger’s Chardonnay wine was analyzed for wood extractives, smoke components and wine phenolics. The chemical analysis is given in Table 3. 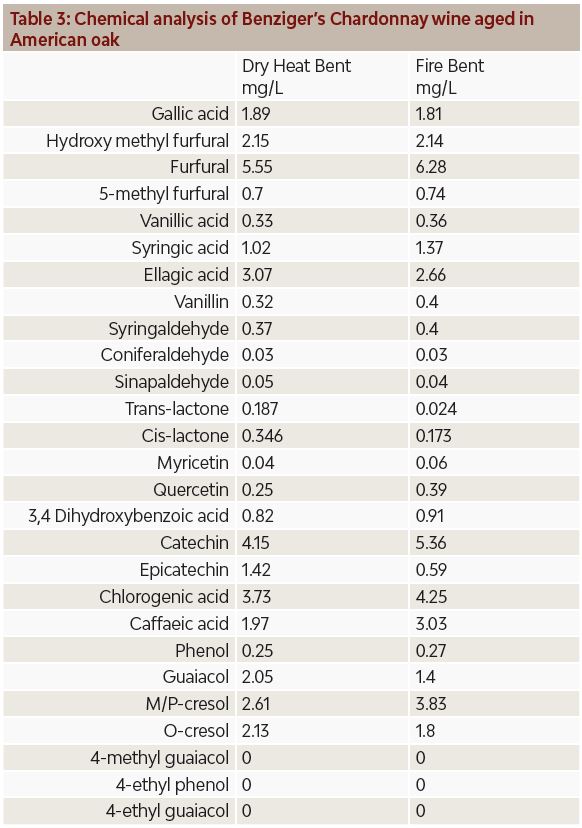 Figure 1 is a bar graph comparing the lignin degradation products of the two wines. The wine matured in the fire bent barrels had more lignin degradation products than the dry heat bent sample. The wine made from the fire bent barrels contained nearly 25% more vanillin than the wine from the tunnel bent barrels. Vanillin is a good complexing agent. It can help bring flavors together, thus making the wine and wood flavors integrate better.

The level of ellagic acid indicates the level of oak tannins released into the wine. Ellagic and gallic acid are released upon the hydrolysis of oak tannins. These compounds are also present in unoaked wine, but unoaked wine contains significantly less ellagic acid than gallic. Figure 2 shows the ellagic content of these wines. The wine made in the dry heat bent barrels contained slightly more oak tannin than the fire bent sample.

The tunnel bent barrel’s wine contained considerably more oak lactone than the fire bent (see Figure 3). Lactones are formed with mild heat but can be destroyed with intense heat. Their woody or coconut aroma is sometimes undesirable in wine. Further investigation is warranted to determine if the bending process can control their levels. 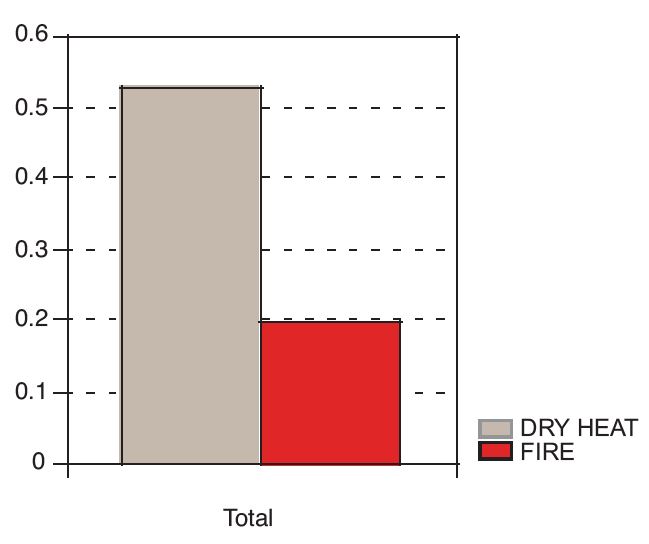 During barrel formation, toasty aroma compounds are formed by the thermal degradation of the wood’s hemicellulose polymers. In these samples the fire bent barrels released more hemicellulose breakdown compounds than the dry heat bent (see figure 4). This should have made a sweeter, toastier wine.

Composite samples of Rodney Strong’s Pinot Noir wine were analyzed for wood extractives, smoke components and wine phenolics. The chemical analysis is given in Table 4. 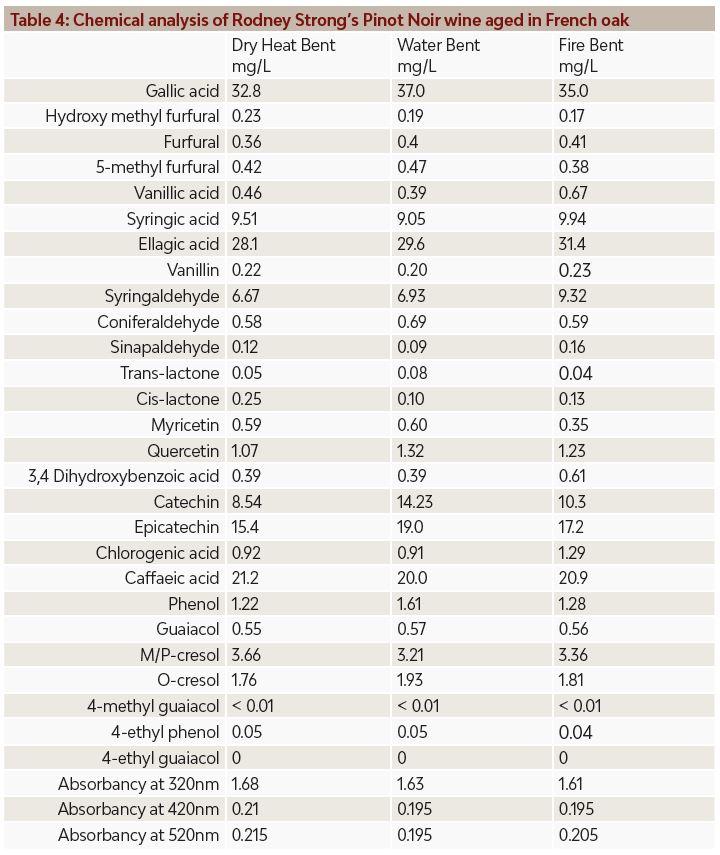 Figure 5 shows vanillin concentration. As with the Benziger trial, the wine made in the fire bent barrels contained more vanillin than the tunnel bent. The water bent barrel released the least vanillin to the wine.

The wine from the water bent barrel contained the most gallic and ellagic acid, oak tannin hydrolysis products while the dry heat bent sample contained the least. The tunnel bent barrel produced wine with more oak lactones than the fire bent. This result agrees with the Benziger trial. In this trial there was not a significant difference in the sugar caramelization products from hemicellulose degradation.

Composite samples of Sebastiani’s and Rodney Strong’s wine were tasted at the 4th International Barrel Symposium. Preference scores are presented for Sebastiani’s preference test in Table 5. 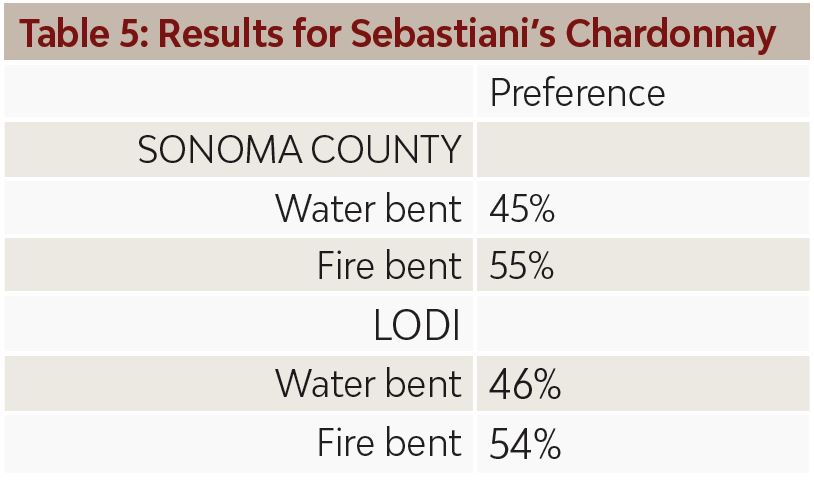 A small preference for fire bent barrels is seen here. However, it has not proven statistically significant. 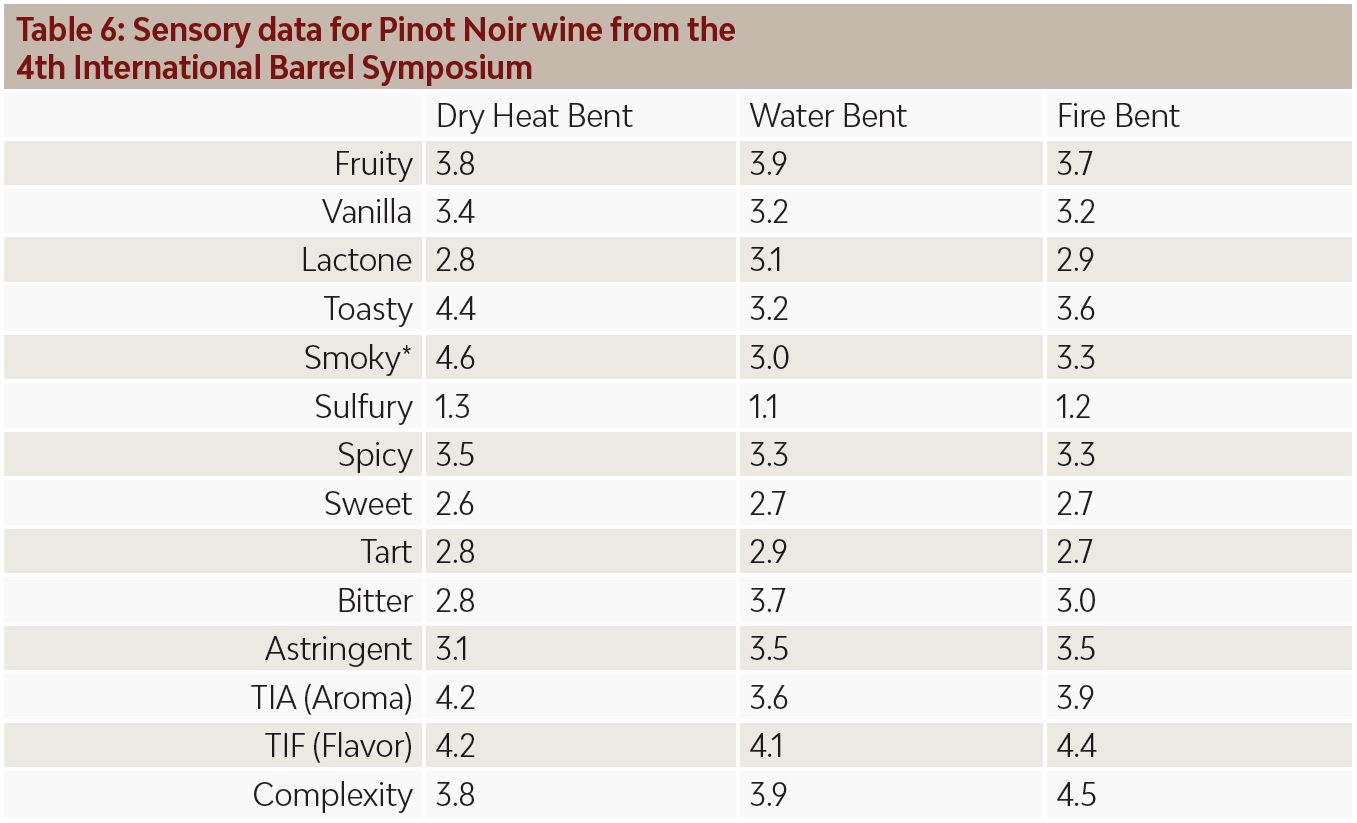 The only descriptor found to be scored significantly different was smoky. The tunnel bent barrels made the smokiest wines. Chemically it contained the most o/p-cresol, which is known to have a very smoky aroma. Toasty scores were nearly significant and these indicated the dry heat tunnel bent and fire bent samples were toastier than the water bent. Table 7 lists the preference scores from the tasting.

Heat is applied to soften the oak staves for bending. Currently three techniques are in common use: hot water, direct flame and dry heat. The bending technique will influence the flavor of the barrel.

Water bending is perhaps the gentlest method. The wood’s temperature will not rise above 180°C, the temperature of the water. At this temperature very little caramelization of the wood sugars will take place since they begin to caramelize above 200°C. Tannins are destroyed at lower temperatures although higher heat destroys more. Oak lactones are both produced and destroyed during heating; however, the precise temperatures for production and destruction are unknown.

Fire bending is probably the most severe treatment. To allow softening and bending, both sides of the stave must warm. Therefore, the inside surface that’s directly exposed to fire becomes extremely hot, caramelizing the sugars and toasting the staves. The hot wood also breaks down oak tannins at a far greater rate than those in water bent staves. It appears oak lactones are lowest in the fire bent staves because the high heat on the surface of the stave causes their destruction.

The dry heat tunnels are filled with high temperature air that warms both sides of the staves to soften the wood for bending. Therefore, the stave surface that contacts the wine will not get as hot as the fire bent stave that was heated directly on one side only. The major difference between this technique and the fire bent is the amount of oak lactones. The dry heat tunnel wood must get hot enough to produce caramelized sugars and to destroy oak tannin, but not hot enough to destroy the lactones. In fact, conditions may be condusive in this treatment for forming lactones without subsequent destruction.